30-something female seeking: a villain who enjoys long walks in apocalyptic cityscapes and philosophizing about revenge for his often misunderstood, now extinct home world. Preferably equipped with a fully developed sense of injustice, a distrust for the establishment, and a flair for prose about morality. Must have own lair, have an eye for detailed planning and competent execution. A desire to create their own path in life is a definite bonus. Fully-formed supervillains only, please. No inept 2D criminals or plot devices need respond. 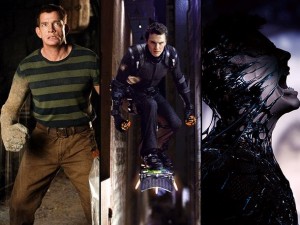 These clusterfluff productions feel like Tinder-ish apps and speed-dating to me. Sure, you get to see a lot of pretty faces in a concentrated amount of time. They can succeed or fail in the delivery of a memorable quip in the brief moments they have your attention. They can get you charged up through their presence alone. But then they’re gone and another has taken their place. Before you can even wonder what scratching at their surface would have revealed, you’re ushered along to the next spark that won’t be given enough oxygen and kindling to turn to flame. 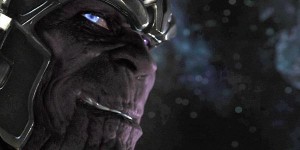 I am only beginning to understand how deep the cannon is for these comic franchises. How many story arcs and character contacts a single series can traverse over decades of inked pages. And how equally both sides of a battle are weighted in content on the page. Thanos, for example, is an intriguing, adept, and complex supervillain in the comic realm. But, as yet, with his half dozen film appearances, he’s only come off as a very large, very toothy, inefficient figure head. Already a waste of valuable screen time for a lengthy comic book storyline (re: Infinity Stones) that is set for several movie franchise crossovers for several more years to come. (I enjoyed this article on the big man’s big goose egg to date: http://screencrush.com/thanos-infinty-stone/.)  He is merely a living corpse for the heroes to destroy, instead of being a lively corpus the protagonist and society have to assuage. It’s as if villains exist merely to ruffle Thor’s hair by blowing hot air, when they should be taking these fleeting opportunities to breath fire on ingrained Asgardian ideologies in an attempt to burn down the facades. 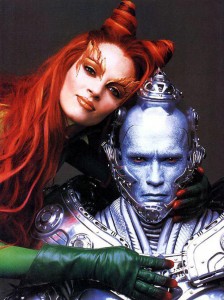 There is a net loss when so much cross-content and pretty destruction is crammed into a 140 minute movie. The time needed to analyze motive and psychology is overridden by a propensity towards seeing lots of familiar faces, smashing lots of infrastructure, and setting up evenly timed comic relief one-liners. No one is invested in the reason for the fight, they just tap their watch waiting for the good guy to use some rad toys and the bad guy to get his comeuppance. Such one sided exposition reminds me of overly simplified perspectives like the George W. Bushism, “You’re either with us, or against us.” or Helmetisms like, “Evil will always triumph over good, because good is dumb.” My world is decidedly greyer. More questions, fewer answers. Less steadfast in the knowledge that the Industrialized world is right and righteous. That what we have built should always stand. And the way we live our lives should be free from all descension.

Not only is the audience less invested in the fight when the formula is repeatedly: hero + righteousness > evil + weapons, but the more recent momentum of Nolanesque realism digresses into the narrow-minded focus of the protagonist alone. Do good. Be good. All’s good. Thus, the hero exposition that makes for more mentally engaging films is short-changed by facing a villain who has a crib sheet backstory and no opportunity to gain audience empathy. The bad guy is merely a prop to show how good the good guy is. Where is the opportunity for the protagonist to grow, be challenged, face their own mistakes or misconceptions? Where is the audiences’ chance to question the status quo, gain understanding of perspectives outside their own, see that good and evil are on a spectrum often pinpointed by opinion alone? 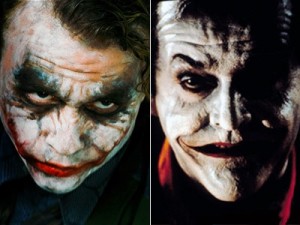 There is hope on the horizon for my desire to have more alluring villains on screen. I see glimpses of purpose in the Kryptonian-centricity of Zod, the inner strife of Bucky the Winter Soldier, the raw emotions of Loki, the focus and intelligence of Magneto, the familial loyalty and patience of Bane, the cohesive worldview and capabilities of HYDRA. But their purpose most often feels brushed off, their usefulness undercut, their competency and resourcefulness dismissed. Their birth to demise often within just a single, jumbled movie. With the future productions of the villain-focused Sinister Six and new hero franchises like Ant-Man who face familiar villains and crossover storylines, perhaps I will get the level of cad exposition I desire through sheer exposure. Or perhaps Thanos will continue to sit on his throne, flash me his pearly whites, and chuckle like he’s just found One-Eyed Willy’s pirate ship.

My heart holds out for a villain to love. A dark horse whose shadow will add dimension to my picturesque, girl-scout world. I look forward to the trend of superhero realism transitioning into the world of the anti. To challenge the establishment. To forge a new path in the dense and tangled woods of our infrastructure. To finally burn it down to see what can be built back up from the ashes. Perhaps, after all this posturing, all I’m after is a villain who can get it done. One who can win my affection, convince me of their vision, and carry me away to a new world of their own design. A rogue. A mysterious and misunderstood soul. An anomalous shade of grey in a fantasy world built in black and white.