Click Bait: Is Alejandro Gonzalez Inarritu a hipster that secretly hates his Birdman? Be the first amongst your peers to argue Yes!

Riggan “Birdman” Thomson feels within himself a desire to bask in the adoration of his blockbusting masked hero by the masses, and the need to earn respect of the elite as a vetted artist through trial by Broadway-rite. His film is saturated in perspectives on what exactly art and artistry is. But after considering a quote from writer/director Alejandro Gonzalez Inarritu regarding his bias against one particular trending genre, perhaps the script also means to imply exactly what art and artistry isn’t. 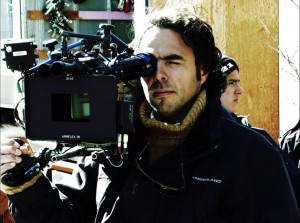 Here’s Inarritu’s quote in full, taken from an interview in Spanish, and translated with the assistance of the awkward and generally correct Google Translator: http://www.sensacine.com/noticias/cine/noticia-18521956/. Loosely, he takes issue with movies that pretend to be deep. He sees superheroes killing simply because they are powerful, are considered righteous, and are able to lord themselves over those of differing beliefs. He refers to the juggernaut of blockbuster action movie productions as cultural genocide, likens them to poison, and states that this onslaught of explosions and superheroism does not have any humanity behind it. If we analyze these hero flicks, he says, we will find a formula comprised of rich powerful people claiming righteousness and doing away with those who oppose their opinions.

Does that mean Birdman is a film about the academic elite claiming artistic high ground over populist drivel?

Or is it a depiction of intersecting spheres of art and egoism collapsing in on itself in 2 hours of meta-mockery?

Birdman is labeled a satire. Billed by mainstream media as a superhero movie of sorts. Touted by critics as a clever narrative on culture. All three of these descriptions are appropriate, but no single one can satisfy the cross-pollination in this film.

The hang up: the bias of the Inarritu quote. The hook: should the audience’s interpretation of the movie be affected by the creator’s personal intentions? 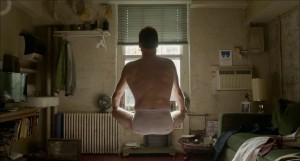 Panning superhero movies as unintellectual and toxic because of their inherent comic book sensibilities is, at the very least, a dismissive perspective. Suggesting that art can’t be both flashy and substantive is a lazy and all too common way of simplifying art as vapid and unimportant if it isn’t strictly highbrow. (I.e., Broadway theatre is intellectual, vetted by the educated, and is thusly more cultured. Superhero films are about explosions and having imaginary abilities, which makes them unimportant, mind-numbing entertainment for uneducated masses, and thusly less cultured.)

The reality – in online, scholastic, and social settings – has been a discourse that constantly postulates how superhero movies reflect numerous humanistic and socially conscientious themes. Any of the exponentially appearing franchises can spark intellectual conversation. Most even come with their own histories, adaptations, and philosophies. Rife with material for high-brown consideration.

Until reading Alejandro’s critical interpretation of the superhero genre, Birdman felt like a movie undercutting the notion of any form of art as the one true art. Such subjective, ego-centric claims are ultimately irrelevant. (A highbrow message brilliantly delivered through a lowbrow prop, as Riggan’s daughter, Sam (Emma Stone) compares the fleeting nature of self-importance and the relevance of mankind to a single sheet of toilet paper on a full roll representing the entire history of our planet.) 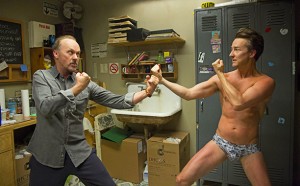 The movie lampoons Riggan (Michael Keaton), an ex-superhero actor seeking validation by the “artistic elite”. It illustrates the dichotomy in Shriner (Edward Norton) as a current success in the worlds of both blockbusters and critical acclaim, as he screams about bleeding the truth for his craft, whilst tabulating viral views on the side. Tabitha (Lindsay Duncan) is propped up on an academic pedestal as a literary critic, wielding her pen as a weapon to decapitate unworthy (read: uneducated, untrained, unelite) artists before their art is even presented.

In the script, Tabitha’s critiques are called out by Riggan as a craft rife with laziness and cowardice. Tabitha labels Riggan as a celebrity and certainly not an actor. Shriner takes swipes at everyone, including the general public, whilst simultaneously managing to undermine his own artistic high ground by tracking the public adoration he pretends not to need.

These three characters manage, even just among themselves, to highlight and undercut the egoism and self-importance or each others notions of artistry. Which mean, Inarritu successfully manages to make a mockery of every art form he presents in this film. It’s magnificent. He even goes meta with it, as the movie itself depicts an artistic dichotomy:

The opening quote in the movie is the final line in the final poem written by critically acclaimed author, Raymond Carver, as he died of cancer. It smacks of realism and the seriousness of life. (It’s posted as a visual to the right.) Even the play within the movie is a piece written by Carver.

But Inarritu also utilizes elements of the superhero genre in Birdman’s slamming of the trending big budget productions. Unintentional or otherwise, these blockbusteresque  choices have attracted an audience that may not otherwise have seen the film. These are the “toxic” elements to which Alejandro refers that have drawn an audience in to a place where they will also be exposed to more cerebral elements of his work as a whole.

A meta-conundrum. A self-referential stroke of genius. A really entertaining means of eliciting discourse around the notion of truth and self-importance inherent in artistry. 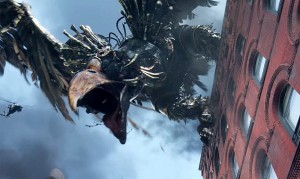 Inarritu, outside of his film, gives a personal opinion to the general public that does seem to be denigrating to one form of artistry in particular. Highlighting only the flashy elements, leaving any redeeming intellectual qualities in the shadow. Is it only worthy of being called art if it’s serious? If it isn’t popular? If it’s only accessible to the privileged few? Only relevant if it’s the first of it’s kind? Is Alejandro Inarritu a hipster?

Classical creators and philosophers are name-dropped by the artistic elite in this movie, lending credence to its satirically pompous nature. I too have an academic reference to add weight to the importance and level of pretension in my query. It’s an essay entitled, “What is an Author?”, written by French philosopher, Michel Foucault. Elements of this essay consider how an author affects the interpretation of words on paper by a distinctly separate and disassociated audience. (Here’s Foucault’s perspective, as written by Foucault, in depth: http://www.movementresearch.org/classesworkshops/melt/Foucault_WhatIsAnAuthor.pdf).

Does it matter what an author intended to say? Or is it the audience’s interpretation that defines a piece? 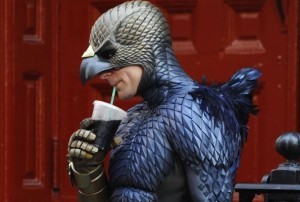 It’s a personal decision for each viewer whether Inarritu’s bias against superhero movies should bear weight on the film’s interpretation of artistry. I am a fan of the comic book movies, am entertained by action films, and see the humanistic and contemplative potential in the genre as a whole. I like Birdman; it’s a clever, well-acted film. I’d like to believe that Birdman, through it’s super-meta self-deprecation, makes the argument against disparaging other forms of artistry, even if that argument differs from Inarritu’s personal views. Perhaps it also makes the point that we’re destined to have our own personal biases even when we can make arguments against them.

Art can be many things simultaneously, within a piece and within a single mind. Superman can teach me the value of a human life whilst smashing some buildings. Spiderman lays out consequences of self-sacrifice whilst swinging on silky ropes. The Green Arrow considers the morality of vigilante justice whilst doing an unnecessary amount of tantalizing onscreen workouts . Each superhero story can open a discourse around themes as academic as Ancient Greeks philosophies, while finding new ways to entertain. This modern packaging may be a little more flashy, explosive, and lycra-wrapped, but it can still open up a dialogue like any other form of artistry. Does that make it art? Does that make it relevant? I say, Yes!