Space station Altair 7390 hosts Altair Academy and its students like the breastless kilma and smaller-in-stature kilmi like the mischievous, bright Ten who is on his journey of maturity through friends, fitting in, and love which can all be found in Shades of Gray. 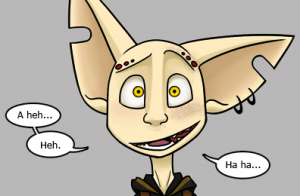 Christine Dufour, 26, created Shades of Gray from an expanded version of a spin-off from a previous work. When she was a teenager she created a robot and wanted to create a story for him. From her robot, she drafted the first versions of the kilm which later became featured in a violent story about “bounty hunters, surgical experimentation, and government conspiracies.” She ended up scrapping the story and created a new one that is now Shades of Gray that features Ten who was the second kilm she ever came up with. The Connecticotian officially launched Shades of Gray on August 20, 2006. 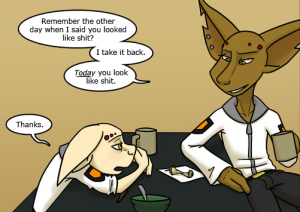 Above: Ten (left) and Kiva (right)

The kilm are an alien race with distinct differences in both sexes. Kilmi refers to the male kilm like Ten who are shorter than the females, have six heat pits above their eyes, elbow spurs, femoral pores, and internal genetalia. Kilma are female kilm like Kiva who have four heat pits above their eyes, wider hips, and are breastless. Sar’ and Kar’ are the kilm’s honorifics for Mr. and Mrs. Readers can discover more about the kilm like their ear notches on the Shades of Gray website.

Many comics feature female aliens with breasts and are human-like but Dufour chose not to go that route.

“Honestly, it bothers me when aliens are too human-like,” said the Shades of Gray creator, “Why, given the broad spectrum of evolutionary adaptations that we can see just on our own planet, would we ever assume that beings from a completely different part of the universe should even remotely be like us? It seems to me that it’s far more likely that an alien species would develop its own unique way to feed its young, as opposed to the very slim odds that somehow they would independently develop all of the same features that make up the human breast.” 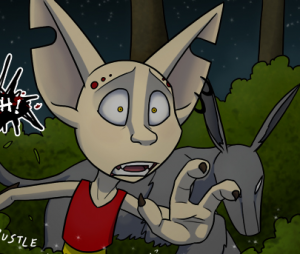 Above: Ten (left), one of the twin spirits of the moons of Kahmith (right)

In human terms, Ten is a freshman who is studying to become a pilot at Altair Academy that lies within Altair 7390. It is customary for kilm ‘teenagers’ to study at Altair Academy to serve as civil servants in battle. All Altair Academy students board in the residential rings of the space station. Ten is a curious and sociable kilmi that has his share of admirers but for an unexplainable reason cannot reciprocate love. He has a disease that makes his body weaker than most kilm and the side effects have slowly started to shadow him. 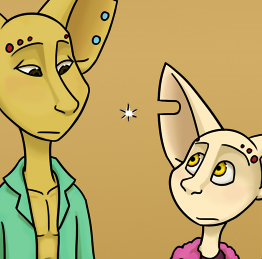 Above: Jovi (left) and Ten (right)

Another unique thing about the kilm is that they do not care about same-sex dating.

“For us, from what I’ve seen, the idea that homosexuality is unnatural and sinful and shameful is directly tied to peoples’ religious beliefs. Whenever someone has something bad to say about it, their argument always seems to be rooted in the scripture of whatever holy book they subscribe to. The kilm, however, do not have that. They don’t have a religion with those sort of prejudices built in, nor do they have a concept of sin in general. It’s simply a non-issue for them from a moral standpoint,” said the 26-year old. 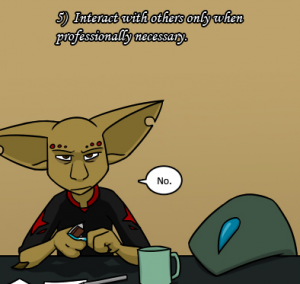 Readers may find a sudden change of art styles in Shades of Gray from the eyeless Ten to the now animated looking kilm. Dufour changed her style due to necessity because her large cast needed more features to differentiate characters.

The Shades of Gray artist takes about eight to 10 hours on a single comic strip depending on the complexity of the page. She does her initial sketch with pencil on paper, scans it to her computer, and touches up with PhotoShop.

“…I’m sure plenty of professional artists would cringe to see my inking and coloring process. I tend to do almost everything with brushes. Not a clue how to use the pen tool,” shared the creator. 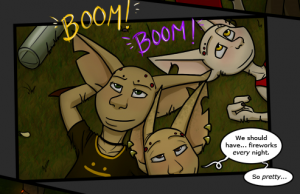 Dufour dreams of not only getting Shades of Gray published but “randomly” meeting a fan or someone who would recommend her own comic to her.

“…which would be a funny situation to be in all around. ‘Hey, have you ever heard of this sci-fi comic, Shades of Gray? You should check it out.’ ‘Well, actually…,’” laughed the 26-year old.

The Shades of Gray creator would like to go to a convention some day like ConnectiCon because of its proximity but she thinks it would be “amazing” to attend Comic-Con International: San Diego.

“I don’t know a lot about conventions, but that one seems like one of the biggest and most popular one out there. I’ve seen pictures of really great cosplays and impressive looking booths, and the whole thing just seems like a lot of fun in general,” said Dufour. 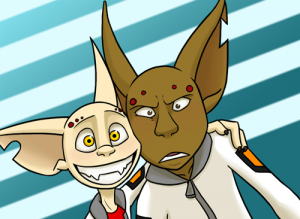 The Shades of Gray artist wants to encourage new and old artists of any mediums like drawing, writing, and more that they should not feel like they are not good enough to try at what they love.

“No one’s good at something when they first start. I certainly wasn’t, and even eight years into my project, I know I still have a long way to go before I would consider myself actually “good” at what I’m doing. The important thing is that you start in the first place, and never stop trying to improve,” said Dufour.

You can find Christine Dufour’s other links below:

[Ixion: A side story to Shades of Gray that takes place in the deserts of Kahmith which is the kilm’s home world and follows a Desert Tribe boy named Vivan] 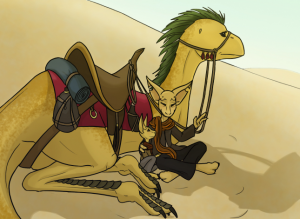 Christine Dufour recommends the comics below: