The words no one ever expected to hear have been said, “Power Rangers broke the internet.”

Last week, a 14 minute long, professionally produced, Power Rangers fan fiction video was posted on the web. It was a dirty, mature, and fun take on the usually family-friendly Power Rangers universe. A little campy, a little cool. A little Van Der Beek, a little Sackhoff. A lot of high-end effects; it definitely has its draws. 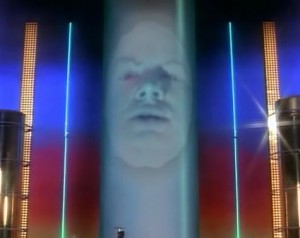 Zordon: sage in a tube.

The big budget short garnered 12 million views on YouTube before being taken down on its third day due to a copyright infringement claim by SCG Power Rangers LLC and Haim Saban, the show’s owners and co-creator. It took less than three days for the potential lawsuit to be amicably resolved, and for the R-rated piece to be re-posted online with a clarifying disclaimer and Saban’s blessing. So, who should be thanked for this quick and peaceful resolution? It’s not Zordon or Alpha 5, kiddies. It’s 2 Live Crew.

‘Twas 2 Live Crew that saved the Power Rangers. If you’re a fan of this short, fan fiction, or just artistic freedoms in general, it’s Fresh Kidd Ice, Mr. Mixx, Brother Marquis, and Luke that deserve your appreciation. Here’s the set up:

Joseph Khan, an established music video director, teamed with Dutch Southern and James Van Der Beek to write this short, entitled Power/Rangers. They were backed by producer Ali Shankar and a considerable amount of Khan’s own capital. Khan made the parody for simple enough reasons: “I just wanted to make a Power Rangers good for once… It’s kind of a silly franchise. It was an experiment in tone; it was a challenge. I took the silliest property I could think of and tried to see if I could make it serious enough.” (Check out his interview with Deadline.com here to read more about Khan’s project and claims.)

Were the Power/Rangers short as simple a project as Khan’s stated intentions, perhaps the entire matter would not have reached the attention of the proprietary rights owner, Haim Saban. The video, however, with notable actors James “Dawson” Van Der Beek and Katee “Starbuck” Sackhoff, and with Julia Cortez reprising her role as Rita Repulsa,  is not the average fan fiction project. The final cut saw solid effects, industry-standard fight choreography, and successfully gritty high-end cinematography. The production did keep the campy dialogue and insta-drama pace of the original Saturday morning Rangers, which in part makes it such a successful parody.

Too successful a parody, perhaps? After hitting upwards of 1 million views on YouTube overnight, Saban’s company went directly to both Vimeo and YouTube to have the video taken down immediately under the websites’ copyright infringement clause. 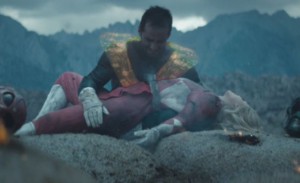 Original footage – not the Power Rangers you thought you knew.

“Every image in Power/Rangers is original footage. Nothing was pre-existing. There is no copyrighted footage in the short. I am not making any money on it and I refuse to accept any from anyone. It was not even Kickstarted, I paid for it myself. This was made to be given away for free. It is just as if I drew a pic of Power Rangers on a napkin and I gave it to my friend. Is it illegal to give pic I drew of a character on a napkin to someone for free? No.”

Well, yes and no. Khan’s Power/Rangers short is a very elaborate sketch of Saban’s characters indeed. It’s a parody piece, which essentially means that it references a separate original source of material to make its point. There are enough elements of the original Power Rangers in Khan’s video for the audience to recognize that he is playing off a world with which fans are already familiar. The mature tone, content, and genre of this video, however, distinguishes itself adequately from its source material, creating something “new” in the process. Khan’s obvious target demographic are aged fans of the original series and adults who may feel that this nastier version makes the Power Rangers appealing for the first time.

Because the notion of a parody is to borrow, in a recognizable but skewed manner, from an original source, lawsuits involving parodied material have needed special contemplation. 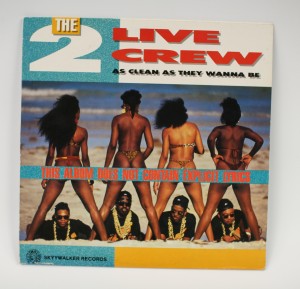 2 Live Crew and their censor bar.

Today, any copyright case with fan fiction at its crux, will reference the precedence setting case Campbell v. Acuff-Rose Music. This is the Crew’s copyright infringement case that landed in the Supreme Court in 1994. The rap group had incorporated Roy Orbison’s “Oh, Pretty Woman” guitar riff and hook  into a parody song entitled, “Pretty Woman”. The judge ruled in favour of 2 Live Crew (Campbell), stating that the nature of a parody is to reference the source material in a manner that makes it recognizable – which may even include the heart of the original piece – while incorporating it into something new. This lenient ruling towards parodied material established the current standard for “fair use” which is of material importance in a lot of fan fiction projects.

2 Live Crew’s case established 4 major factors that every defendant against copyright infringement must have weighed in order to be deemed “fair use” of the source material:

(1)  The purpose and character of the use, including whether such use is of a commercial nature: Khan used aspects of the Power Ranger backstory and relationship arc to tell a dark tale of the group’s demise. He wished to Nolanize the usually light content for a more mature demographic and to enhance the production quality to attract a more critical eye. He vows there will be no money made off this venture, even though the popularity of the short may result in other commercial benefits. Because the short is a parody, he is within his rights to appropriate some of the source material in this transformative manner, and thanks to 2 Live Crew he would even be allowed to make money off of it.

(2)  The nature of the copyrighted work: There is more leniency when sampling from a bio or factual source than there is when referring to fictional material, because facts are facts (unalterable statements) and not unique ideas. Once again, since Power/Rangers is a parody, it is shown more leniency in borrowing from fictional work, as the source material for a parody must be recognizable in order to be effective. 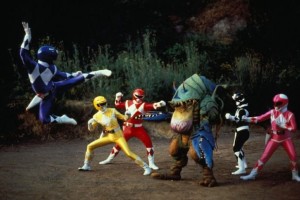 (3)  The amount and substantiality of the portion used in relation to the copyrighted work as a whole:  The Power Rangers has a multitude of seasons and productions spanning upwards of 20 years, of which Khan’s piece references very little. Incorporated into the video are familiar elements about the original Rangers; their colours, their horned-robotic-monster nemeses, their catch phrase, “It’s morphin time,”  (delivered in segue to a pretty baller Black Ranger helmeting maneuver.) Even Rita Repulsa is cast with the original actress. Khan referenced few of the mainstay elements of the original series, which are then still altered substantially in ways befitting a parody.

(4)  The effect of the use upon the potential market for or value of the copyrighted work: Aside from the fact that the short is not meant to generate profit, a strong argument can be made for the likelihood that Power/Rangers has actually increased the market potential of Saban’s franchise. It is obvious that Khan and Saban cater to decidedly different demographics (with the adult Power Ranger fan contingency happy to weigh in on both, no doubt). Undoubtedly, some of the millions of people who watched the short and saw the news would not have otherwise known that a new Power Rangers movie is set for release by Saban and Lionsgate in 2016.  Having the Power Rangers in the public eye at all is sure to have the side effect of bringing a lot of positive/nostalgic attention back onto the original franchise.

Khan did seem to have a strong legal defense for his project thanks to the established leniencies towards fair use in a parody, so a swift resolution on Saban’s behalf is not surprising. With the addition of a disclaimer to the Power/Rangers short stating that it is a fan film, disassociating itself from any affiliation with Saban, claiming no rights to the characters – Saban has been placated.

What was his driving factor in this whole ordeal? (It’s anti-climactic if you’re hoping from something dramatic and unreasonable.) Saban did not want the violent, R-rated Power/Rangers short to be mistaken for or associated with the family-friendly Power Rangers footage also available to children and families online. 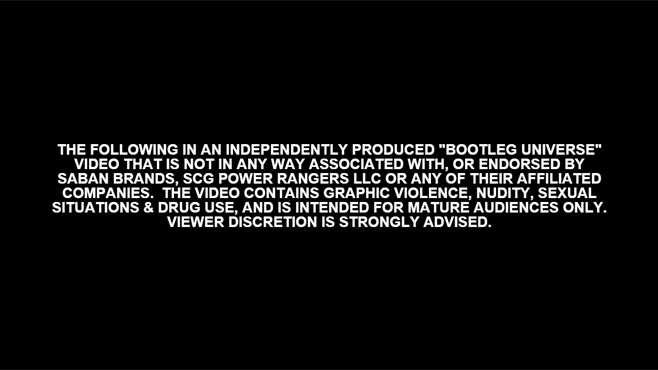 Seems fair. A fair use of asking for “fair use”. With a new Power Rangers movie slated for 2016, now would have been a particularly sensitive time to alienate the fanbase by going after a wildly successful piece of Power Ranger fan fiction. Cooler heads quickly followed both parties’ blown gaskets, which is definitely a win for common sense.

And of course, a win for fan fiction. Another pass for parodies. And chance for you to check out the now freely available online short, if you’re at all interested in seeing Dawson and his cybernetic-leg sword battle a scruffy, burnt-out Green Ranger in some post-apocalyptic concrete bunker, while Pink Ranger Starbuck dons white leather and abuse somewhere in North Korea at a date sometime after the Minority Report 3D air-monitors were invented.  It’s the damaged-adult-Saturday-night version of the frou-frou Saturday-morning-Rangers you remember. Go, go Power Rangers. Go.

(And if you still want to read more of Khan getting uppity about the project, here is the Ask Me Anything (AMA) he did on Reddit after the agreement with Saban was reached: http://www.reddit.com/r/IAmA/comments/2xeany/iama_joseph_kahn_director_of_powerrangers_fan/.)