Recommending comics to his teacher girlfriend for her young students, Nicholas Ratcliff Arganbright’s admiration for the genre is prominent in his Ultimate Teenage Mutant Ninja Turtles (UTMNT) comic project.

Nicholas “Nick/Nitro” Arganbright, 32, has been a fan of the Teenage Mutant Ninja Turtles (TMNT) series ever since he was a kid. His Patreon page says he wondered in the middle of the 2003 series how creators of TMNT, Kevin Eastman and Peter Laird’s work combined with the Ultimate Marvel Comics line would turn out. That’s when Arganbright decided to make it his mission to bring his dream to life.

The writer/executive producer says his UTMNT project is a complete reimagined version of all the TMNT’s friends and foes in one story. Some characters that never had an affiliation with each other will meet and have their own story. 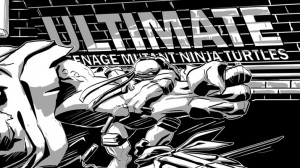 “I am sort [of] cherry-picking the best of the fandom’s and putting them in one story arc,” said the Ohioan.

Nitro suggests to understand the goal of UTMNT, try imagining his project as a television series and instead of the turtles killing Shredder by running him through, the villian would be blown up by a grenade. He wants a different impact for his dream.

To make his dream come true, Arganbright hired digital artist, Eryck Webb. He found the artist on DeviantArt (DA), a site with a community of artists and art-lovers. As he searched through art work of things like Spider-Man, he was directed to Webb’s DA page.

“I didn’t see any TMNT art but I really dug his style,” said Nitro.

“But I count my lucky star with Eryck,” says Nitro, “and honestly now? Ever since [Webb] turned in the first three original pages, I would maybe have Ramos do a cover or something but I’d stick with Eryck until the bitter end.” Arganbright says he’s “super happy” with Webb’s work which continually impresses him. Nitro says there are times when he knows that Webb spends more time on a single page than he does looking at his word processor.

“Writers have a block in their way but… I think artists get the shaft sometime. And I am so appreciative of Eryck.” 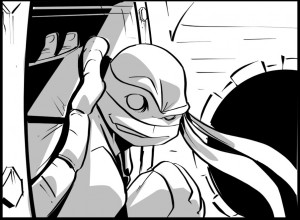 The comic book enthusiast says he chose Eastman and Laird’s TMNT work as a role model because a part of him likes that each turtle represents a part of people’s psyche and has a place on the emotional spectrum. Nitro’s examples of each turtle are the following: anger, calm intellect, a jokester, and a hard worker. Arganbright values story and character development in comics and thus chose Ultimate Marvel Comics as the other guide to his project.

Although Arganbright comes off structured now, his UTMNT dream didn’t start off smoothly with self-doubt.

“You just have these goals you’d like to create and for the most part, a part of you goes – Hey, I wanna do that, but it’s too far off, realistically.”

The 32-year-old says the trigger for his UTMNT project was by a fellow TMNT fan named Andrew Modeen. Modeen published the final two issues, 24 and 25, wrapping up the Image Comics TMNT book and raised funds for it on a major TMNT forum called The Technodrome. A year or two later, Modeen raised funds on fundraising site IndieGoGo for comic book artist, Jim Lawson to do the art of his original story called TMNT Odyssey that wrapped up everything in different fandoms.

Some of Arganbright’s ideas for UTMNT are from parts of the TMNT story where creators Eastman and Laird never addressed. A friend of Nitro suggested Arganbright should start from “ground zero.” 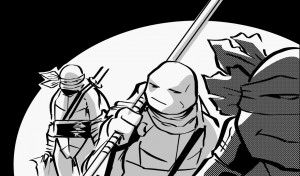 Arganbright is fundraising for his UTMNT project through Patreon, a site where fans can ongoingly help fund their favourite creators. Instead of other fundraising sites like Kickstarter and IndieGoGo, his reasoning for Patreon is that it’s infinite.

“As long as you keep doing it, it keeps going – and I like that.”

Nitro says that he’s happy if people follow his journey and contribute but he won’t have any regrets if his dream ends quickly.

As a fan of the TMNT series, Arganbright favours Raphael. Most children like Michelangelo, the funny one, but Nitro realized the turtle didn’t have much depth unlike the red-bandana wearing turtle. He says that any fan may feel like a bit of each turtle but for the longest time he related most to Raphael.

Arganbright is not new to the producing comics scene. He had a webcomic Dribble for Kids (D4K) under Nick Nitro, his stage name from his disc-jockeying days. D4K was essentially a starter into the comic-writing process for Nitro and insists it’s not a good comic. He says there are some good core principles and characters in the webcomic but because he didn’t know what he was doing, it turned out bad. Nitro says he appreciates the learning process because he discovered he loved to write and draw. 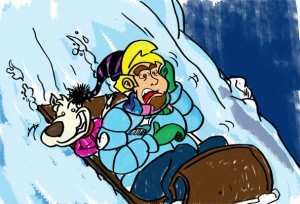 Arganbright also did another series called Tales of the 8th Grade Nothing that went under the pseudonym of Jason Dobbins. He chose the alternative name for two reasons: to be free of the negative image of his former comic D4K and because his new comic was such a personal story. The latter was because some names in his new comic weren’t changed and he was scared that his childhood peers might found out and harass him.

Nitro recalls webcomics blogger of Fleen, Gary Tyrrell had thought he was the creator of webcomic Stuff Sucks. Arganbright enthusiastically says that was a high compliment. He also says he can’t wait to start on Tales of the 8th Grade Nothing again with or without the help from Webb or another artist. 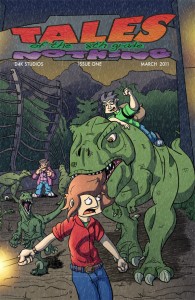 The comic book enthusiast has attended Mid-Ohio Con (2010, 2011) and MegaCon (2005, 2006, 2007, 2009). At Mid-Ohio Con he had Tales of the 8th Grade Nothing merchandise like posters and the first issue. Both conventions he had free D4K posters, posters featuring the D4K cast as the Fantastic Four, and copies of the NightGig Sampler he participated in.

Arganbright says his admiration for comics has helped him make friends and pursue interests he loves. He says his girlfriend is a teacher and uses him as a tool to help her kids read. Nitro recommended her BONE by Jeff Smith and in turn she introduced it to her class. He says she is now buying graphic novels and her students are “gobbling them up.” Arganbright says that his girlfriend was telling his parents that one student of hers started off the year not being a good reader and didn’t like reading. Now, her student has read 10 volumes of Ultimate Spider-Man, The New Avengers, and all of BONE.

“I think that is awesome. I love that. I love books but comics fit with me because [of] my dyslexia. So the fact [that] I can help share the love of comics – which really is another way to tell a story – I love it. Because deep down I just love stories,” gushed Nitro.

You can check out Nick Arganbright’s links below:

Paperback for D4K “Lord of the Sweaters”

Studio hub: What Nick has done or is doing