Amidst all the in depth think pieces by qualified comic critics regarding the upcoming female Thor, I would like to take a moment and some web space to digress. 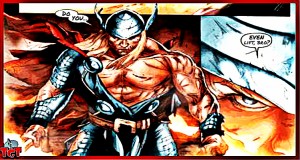 Fictiophilia: An attraction to fictional characters.

I could digress all day long for a few more moments with Thor Odinson. Golden locks framing a chiseled visage radiating with reckless abandon. A galactic smile full of what I can only assume are perfectly straight white teeth that gleam as brightly as his impeccable track record for (eventual) success. An anatomically unattainable masterpiece of muscle, heaving pecs, and undulating trunk-like quads. Divine powers, a cosmic awareness, and a sense of loyalty that extends even to his murderous brethren. Born of the All-Father and Earth-Mother. Sworn protector, proven defender, and god of thunder (in all its gyrating glory). This is the stuff that dreams are made of. And by dreams, I mean fantasies. Specifically, my own. 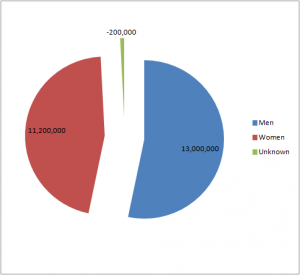 Comic Beat made an attempt to calculate the gendre split in comic fandom  (http://comicsbeat.com/market-research-says-46-female-comic-fans/), and their  survey concluded that 47% of comic fans are female. That’s me. I read comics. I’m  female. I have female thoughts. I have female comic thoughts. And I have female  hormones – comic or otherwise. Not all women can relate to my desire for a  modern-day Viking perhaps, but out of that 47% I can assure you, some of them  most certainly do. That present day warrior for me, ladies and gentleman, is Thor.

While I welcome the induction of a Mjolnir-worthy woman into the comic world, I  lament the loss of one incarnation in place of the other. Some argue that re- establishing a character with an under-represented demographic is simply tokenism. A point weakened, perhaps, when attributed to characters like Thor or  Green Lantern who are  hosts bestowed with power by an external entity capable  of reassigning that power to another individual. These superabilities are not tied to a single person whose history creates the cultural and psychological exposition of that particular character’s story arc (here’s looking at you, Kal-El). But, if a creator is imaginative and analytical enough about reflecting modern representations, there’s no need to rewrite history when you can simply create a new future. Wil Moss, Jason Aaron and the (mostly) dudes at Marvel did appear prudent in their selection of Thor, but I still disagree with the need for such heavy-handed replacement. Or the need to redo what’s already been done. 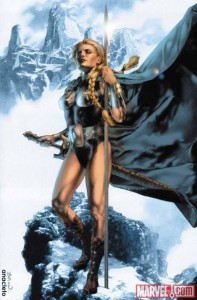 If you have to recycle a character instead of coming out with something completely new, what was wrong with Thor Girl? (Other than her name.) She had abilities equal to Thor and, while in her true form as the Designate, had cosmic powers that rival the might of Odin himself. Why not modernize her character? The white male history of Thor will not be erased by the character’s new future. Why not keep Thor and all his historical relevance and add an Asgardian goddess? As a fan, I don’t wish to see Thor lowered to a point where he is never redeemed. It’s an injection of realism I can do without (merely for subjective reasons). And if this move isn’t permanent, which many veterans expect, than this female character will be novelty as opposed to advancement, in which case, why bother rocking the boat while short changing the pursuit? The empowerment of a female character can be accomplished through a respectable title with as rich a backstory as Thor’s and appropriately badass attitudes and arcs. She doesn’t have to replace man, she has to be equal to him. A true peer amongst the most powerful, not destined to be a victim, a sidekick, a girlfriend, or even an after thought.

There are serious discussions to be had around increasing female leads in the spotlight. Points to be made about the recent trend to diversify race in the comic world (re: Simon Bas as Green Lantern, Kamala Khan as Ms. Marvel, Miles Morales as Spiderman). Or the need to highlight more of the industry’s LGBT oriented characters (and to build upon the  headway made by the likes of Northstar, Apollo, Midnighter, and Batwoman). There are always endless conversations worth having in a comic world that provides for endless escapism while retaining the foundations of an accessible, everyday, reality with which we are all familiar. I look forward to writing pieces that reflect these perspectives. I buoy up this dialogue, whilst simultaneously saying: I’m pretty pissed that I won’t be able to ogle Thor any more.

no denying the draw of physical attraction or the hardships of change. And if the goal is inclusion, there’s no sense  in denying the importance of depicting unattractive comic book characters, both male and female, so that they can be adored for their other attractive qualities. I’m not exclusionary. My desires come in all shapes and sizes. It just so happens that Thor, in his present form, is as  pleasing to mine eyes as Batman’s toys are to the Joker’s sense of wonder. Nothing against Beta Ray Bill, or the frog, but my preference will always be for a Thor of the canonized, stereotypically Norse appearance. The heart wants what it wants.

And so, it will be nothing against this female Thor when I greet her with a slow-clap on the first page. I’m sure she’ll be great. Breaking down barriers as she swings her hammer and lulling her critics as she saves our planet edition after edition. When we lock eyes for the first time, I’ll give her my most solemn and supportive nod. Then, after a while, maybe we’ll not even feel the need to mention that she’s a woman, because it won’t be an anomaly. It will just be a more accurate reflection of a reality with which we’re already familiar.

In the meanwhile, Thor, my gilded alpha male, darling, listen to me. When you do whatever it is that you do that makes you unworthy of Mjolnir, call me. Text me. Come on over. My bosom may not be as ample as Wonder Woman’s, but it is waiting to cradle your golden head in your time of utmost need. I’ll lift you back up to the heavens my dear. We’ll find love in our hearts for the new Thor together.