Now before you get all up in arms, let me explain.

My very first console was the XBox 360. I played hundreds upon thousands of hours of video games from Enchanted Arms (don’t judge me, it was my first JRPG on a console and first game to get a full 1000 Achievement points)… But, that’s another story for another time.

Some time ago, I wanted to get into creating videos and achievement videos to help out those that needed it, or for achievements that I couldn’t find on YouTube (Trust me there are still many out there that have no videos for it.) So, like any aspiring video person in the Game industry I researched Video Capture cards, purchased the Roxio Gamecap Pro HD and hooked it up to my 360 and recorded many videos and other videos (all will be linked at the bottom of this article.) Things were good for many years.

Fast forward to late 2013, the Next Generation consoles appear: PS4 and XBox One! These are said to be the most powerful consoles of this new generation (still can’t compete against high-end computers, but what can you do). Since, I had collected so many games over the years, I was able to go to my local EB Games trade in everything I had and pick up a PS4 and XBox One. 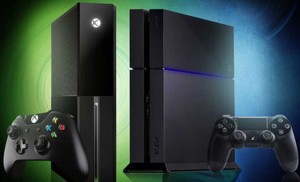 Things were good for a time. Then, I decided to try out XBox One’s video capturing system. It seems simple enough. You say: “XBox Record That” and it saves 30 seconds worth of video! That’s incredible! Except for the flaws that started to be truly noticeable. Say you had a great long game or section that has “Epic!” written all over it and you want to record longer than 30 seconds. You’re screwed. That’s what happened to me. I was recording cool kills with Thief and wanted to put together a montage video to showcase the weird way the engine took to kills, but I could only record 30 seconds at a time. While I did put something together, it didn’t have the flexibility that working on software inside of a computer has. This was like taking a hammer and hitting a square peg into a round hole. Sure you get a workout in, but other than that it’s useless.

Now, I’m sure everyone out there is going to say: “But, you can record up to five to ten minutes in length now.” 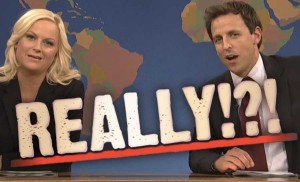 Really?… Really?!? If that’s the case, please by all means comment below and let me know how to do that because what happened next will make your mind explode.

I plugged in my Roxio game recording device to my XBox One. Restarted the system and loaded up the software. Immediately, the status to show if you can record or not. Certain games like Watchdogs or any of the Lego Games are great for this type of recording. Wolfenstein: The New Order was protected all the way through. The issues I had were with Watchdogs. The game itself is incredible and you should all pick it up. However, when it came to recording, it worked fine. It was when I wanted to get back into the game after closing it, was when the major issues started to occur. 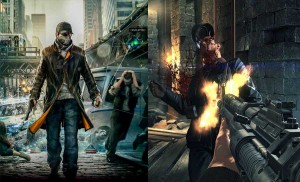 I closed out of the game properly, Main Screen Exit. I’d go and watch NetFlix for a time and then wanted to come back to Watchdogs. Loaded up the game and it would freeze on the loading screen at 25%. I’d exit out of that back to the main console, hold down the XBox button and shut off the console. Restart it and it would come back on. Loaded up the game and one out of five restarts it would load up the game properly. In fact, there were cases where I had to unplug the XBox power while the system was still running to remove it from that locked up state.

While I did manage to record what I wanted from the games, in some cases I had to unplug the Roxio device completely in order to have the games load properly. The firmware and software are completely up-to-date and so are the drivers.

It is safe to say that XBox One Recording system sucks in general. Good thing I have a PS4 that I don’t have any of these issues on, no matter what game it is. In fact, at least the PS4 will be updating the ability to upload directly to your YouTube channel in the coming updates.

Pros:
All inclusive recording system. Access to Netflix and other Exclusive games.

Cons:
Limited length of time to record (Seriously, 30 seconds? Fail Microsoft… Fail…)
Pain in the Ass internal editing software that uploads to OneDrive, which no one really uses… at all.
No Ability to upload to your own YouTube Channel for your Followers to watch and comment on.
Always a step behind Sony this generation in pricing, customer service, and hardware/software ingenuity.

It’s surprising, but not shocking to see that Microsoft is yet another step behind. Oh, the price dropped on the XBox One by $100? That’s great. I’m sure you’ll refund everyone that purchased the Collectors edition Systems and cases right? I’m so glad that Kinect has been so useful as well and that it needs to be plugged into the system for it to work. Oh, it’s not needed anymore? Hmmm. Well, at least you are giving games and have loyal Gold members that have been faithful to you and have been receiving games for free for the past decade right? Oh… you just started doing that this month… But, at least you have your exclusive titles. Thanks Microsoft… I’ll be getting Destiny on PS4 when it comes out.