“Joe is one of the good guys,” says ComixTribe publisher Tyler James. “He’s been doing some incredible comic book advocacy work this year, most notably with his “What Do You Really Know About Comics” column at Comics Bulletin.com. He’s helping to grow the comic market one reader at a time and I’m thrilled to be helping him get SCAM out.”

SCAM is “X-Men meets Oceans 11″ and involves a team of super-powered grifters on the biggest con of their lives…taking down a Vegas casino and getting revenge on a former teammate who double-crossed them.

SCAM #1 is the double-sized first installment of a five-issue mini-series, and marks the latest release from creator-owned publisher ComixTribe (The Red Ten, The Standard.)

SCAM #1 first printing is limited to only 777 copies, and will be exclusive in just 21 comic shops!

SCAM #1 will release on January 25, the last new comic day of the month. Physical retail copies will be EXCLUSIVE to only those 21 stores for 30 days, before ComixTribe opens up wider distribution for the second printing and future issues.

“ComixTribe is delivering a fantastic product, a great attitude, and amazing retail support,” says Chris Humphries of Alpha Comics in Canada, one of the SCAM 21. “Of course, as a new small shop, I love having exclusivity.”

Retailers taking large positions in the book are eligible for the “Pit Boss Upgrade”- an exclusive, store-branded cover of SCAM #1. “We did EXTREMELY well with Sam Humphries’ SACRIFICE recently, so we are all about the self-published stuff,” said Steve Anderson of Maryland-based Third Eye Comics, one such retailer.

To promote the book, Mulvey will be doing a release party signing at a New York-area comic shop on January 25 (details pending), and will follow it with a New England Comics Retailers Alliance (NECRA) store tour, which starts at Friendly Neighborhood Comics in Bellingham, MA Saturday, February 4, 2012 at 11:00 am, and continues on to Larry’s Wonderful World of Comics in Lowell, MA, at 3:00 pm.

A full list of retailers carrying SCAM is included below.

ComixTribe has a limited number of spots left for retailers interested in becoming one of only 21 retailers carrying SCAM #1 in January. These spots will be filled first-come, first-serve, so if you are a progressive retailer looking to support quality creator-owned books and want exclusivity for 30 days, contact tyler.james@comixtribe.com (or DM @tylerjamescomic at Twitter) immediately.

Want to make sure you get a copy of SCAM #1? Readers have three options available to purchase:

1.) Pre-order now from any of the retailers listed below to reserve your copy and pick-up January 25, 2012.
2.) If your retailer is not carrying SCAM #1, pre-order now directly from ComixTribe.com. http://comixtribe.storenvy.com/
3.) Buy it digitally on January 25, from digital distribution partners, including Graphic.ly, DriveThruComics, MyDigitalComics, and Wowio. 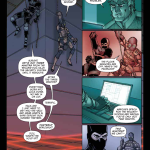 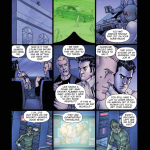 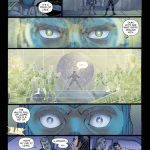 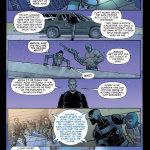 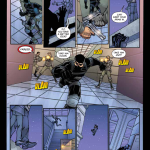 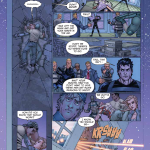 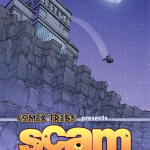 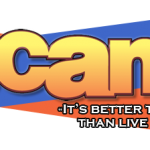 Joe Mulvey is a freelance graphic artist from NYC, trying to spread his love of comics and take over the world one panel at a time. Visit him at joemulveyart.com, or follow him on Twitter @joemulv

ComixTribe is a publisher of creator-owned comics, including EPIC, Tears of the Dragon, The Red Ten, The Standard, SCAM, and Runners. In addition to being a publishing imprint, ComixTribe is also an online community, with the mission statement: Creators helping creators make better comics. ComixTribe also sponsors the annual 30 Characters Challenge, an online art event where participants challenge themselves to create 30 brand new characters in just 30 days, one for every day of November. Visit ComixTribe.com, @ComixTribe on Twitter and on Facebook .