Lately I’ve stepped away from the AAA title games to play games that are more laid back. The first game, I played that was entertaining and engaging was Telltale’s The Walking Dead Episode 1. Since then, I have been really enjoying games with a “Choose your own Adventure” style of gameplay, or as some people call it “The amorality system“.  When you have a concept that puts you as a teenager, that can rewind time, to save a person that was shot in the bathroom, who was also your best friend that you didn’t recognize, things get even more complicated between the social cliques of the elite vs. the geeks, a missing girl, your bestest friend, a psychotic rich kid whose parents run the school, town and everything they touch and did I mention there’s a HUGE Tornado that in the near future is going to wipe out Arcadia Bay? Well it is and you are the only person that can stop it. 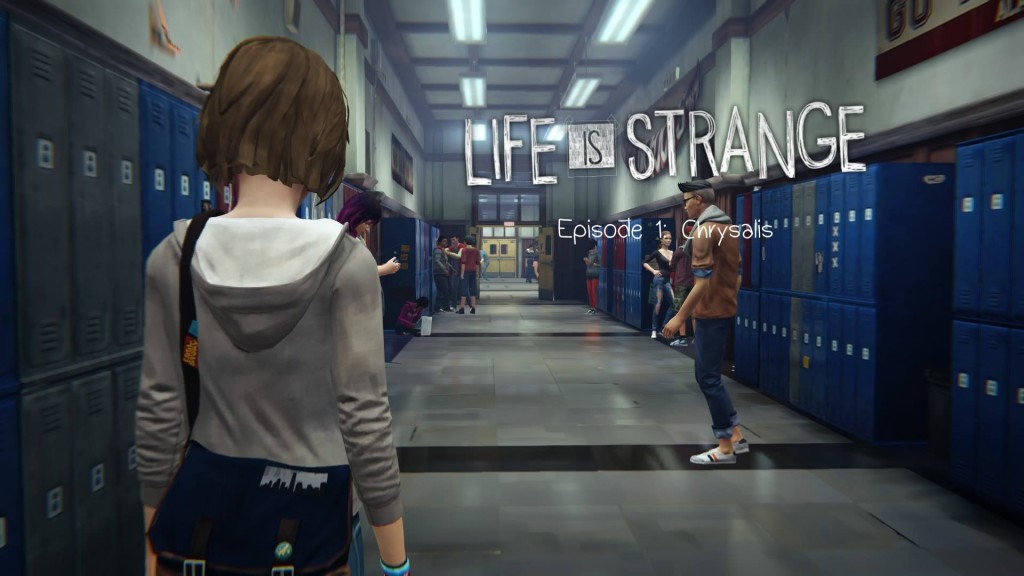 Life Is Strange is a five part episodic game that sets out to revolutionize story based choice and consequence games by allowing the player to rewind time and affect the past, present and future.

You are Max, a photography senior who saves her old friend Chloe by discovering she can rewind time. The pair soon find themselves exposed to the darker side of Arcadia Bay as they uncover the disturbing truth behind the sudden disappearance of a fellow student. 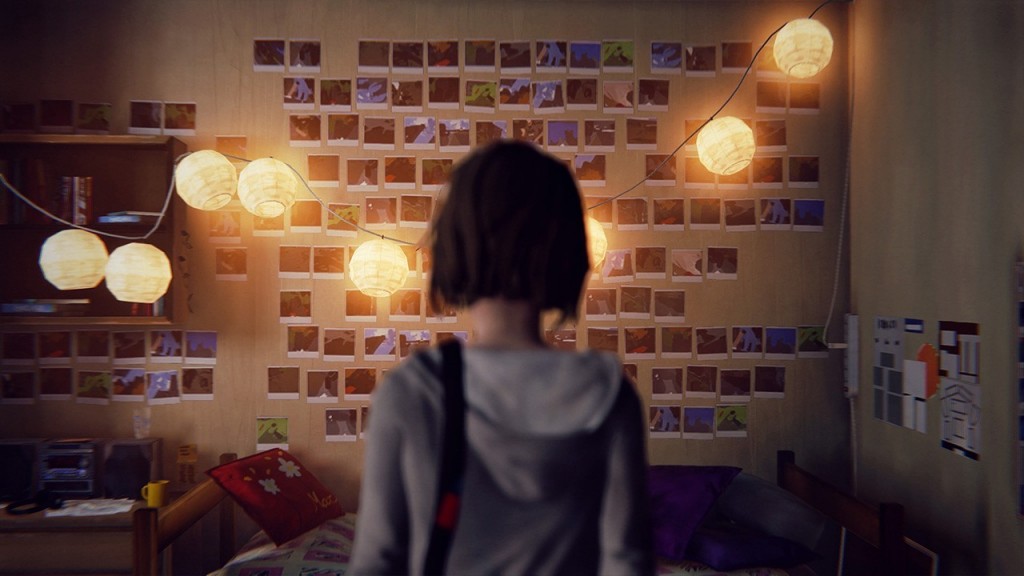 Meanwhile, Max begins to have premonitions as she struggles to understand the implications of her power. She must quickly learn that changing the past can sometimes lead to a devastating future.

While this game is linear and based on the contained areas you are given, there is enough to do in the game when it comes to interacting with people and the conversations feel vibrant and alive. Although while playing and watching cut-scenes with dialogue can appear out of lipsynced and jarred only in that visual. 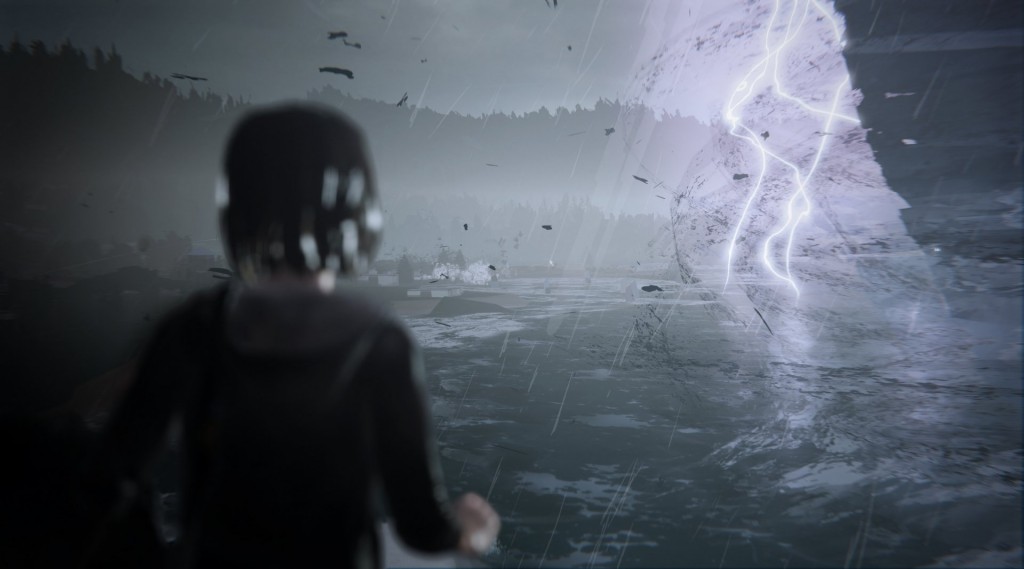 The feature of rewinding time can be rewarding especially when interacting with difficult characters. After having lengthy conversations you are able to rewind and select the right answer to give you access to certain areas in the future, looking like a smart student in front of a teacher, or correctly mistakes in case you’ve incorrectly accused people of doing something they haven’t. 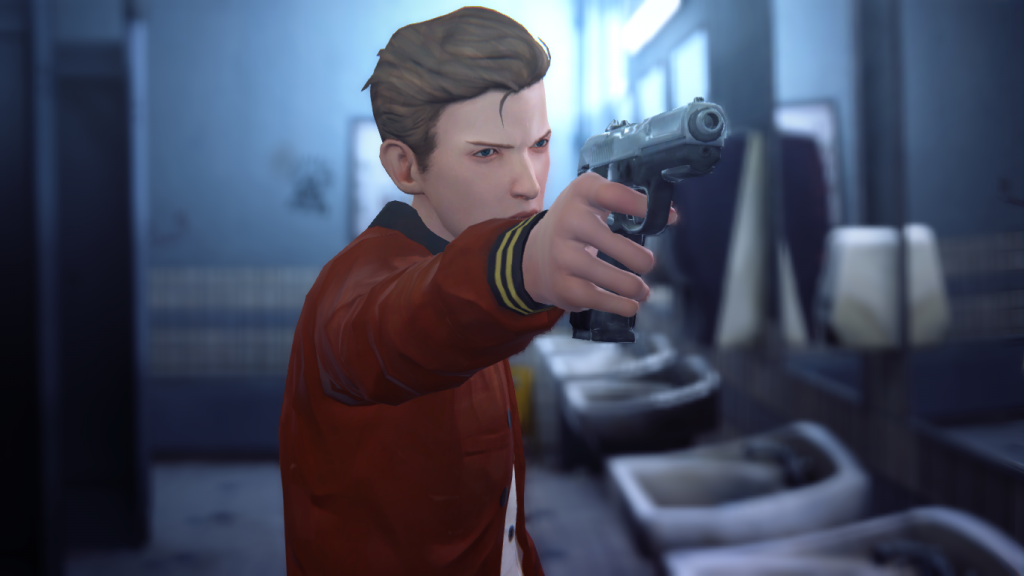 The puzzle solving is another great feature of this game and while it is simplistic (at least in this episode) I’m sure there will be more need later on to use both puzzle solving and your powers to solve them. But, many of these will have future consequences, so be wary of how you interact with the people the puzzle interacts with. 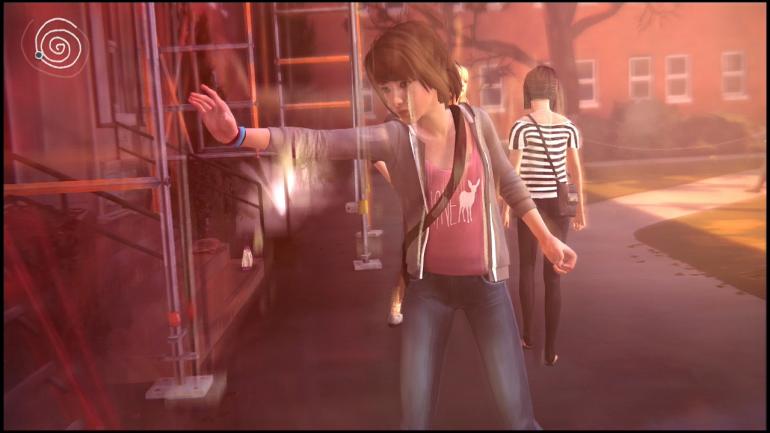 As with any game, there are collectibles. While that usually is a chore in any game (no matter how good… looking at you Assassin’s Creed and your damned flags and feathers) being a photographer adds to the beauty of this game from birds on statues to being a rebel and drawing a smiley face in a dirty window. 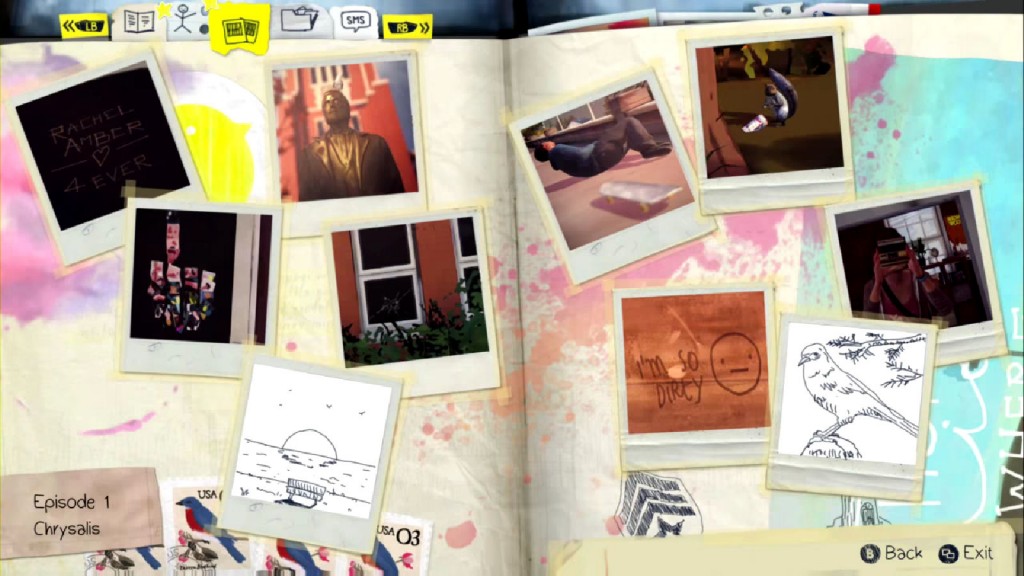 If you happen to miss a collectible photo in the episode, don’t worry. You can play the portion you missed once more in Collectible mode and nothing you do in that mode will affect your initially saved gameplay.

Look for my Life is Strange: Out of Time (Episode 2) review next week for more details and if you haven’t picked up this game (AND the Season Pass to get the rest of the episodes) go ahead and do so now.