Got those ABCs down? Recharged? Fed? Time to get back to the show floor. Last week we covered a few preliminary notions on conventioning for beginners (if you missed Part I, Learning your ABCs: Attending Big Conventions, it’s here –  http://tgtmedia.com/spotlight/attending-big-conventions/). Let’s just keep nordic walking our way through the final points. 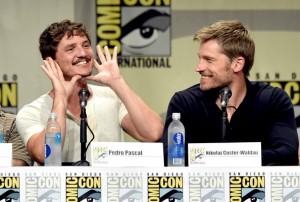 Celebrity and creators are a huge draw at the modern convention. These events are amongst the busiest. If you are really into Q&As and panels, go solo. People aren’t interested in what you have to say while they’re focused in on the speaker on stage any way. I stood in one major line during all of Expo (for which I brought a good book to pass the time). Even after all that waiting, the best seats were off to the side (inconsequential when you see how many big screens are in the auditorium). But, just before the guest took the stage, I watched other fans saunter in contentedly. Without even waiting a moment in our hours long line, friends split up and grabbed one of the many single seats that pop up in between groups of strangers, right near the front. I immediately recognized their cleverness and emulated their actions for the rest of the convention.

Not waiting around for two hours before a panel allowed me more time to check out all the Expo had to offer, it gave me ample time to eat at my leisure, and it staved off boredom and resentment at spending a day’s worth of fun standing around doing nothing. You do run the risk of an event being filled to capacity. Usually, however, you know which events may hit that marker ahead of time and if you’re going to wait in line for anything, you wait in line for that one. 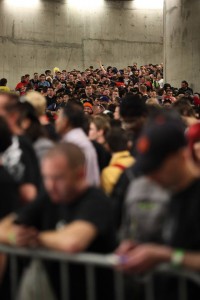 As in all walks of life, if you see a line don’t assume that you have to be in it. Find the front and ask what it’s about, see about starting times, and venue size. Figure out for yourself if it’s worth the wait. I watched hordes of people ditching activities because they saw a long line outside and assumed they would have to wait in it or forego their event. They obviously hadn’t learned about the last-minute walk-ins. And some missed out on one event because they didn’t know that the super lengthy snaking line they were avoiding was actually for a separate event.  Just ask. Converse. Talk to the people in the Fan Expo shirts. Gab a bit with the person standing beside you. Positive human contact can only improve a situation.

And remember to eat. When you’re in the food court, break away from the group. It’s amazing how quickly you can move when you scan the whole floor to find the gaps and the bottlenecks. Similarly, avoid bottlenecks. Walk an extra 20 yards to use an exit that other people are too lazy to get to. I often found the longer ways saved time in the end. Line at the ATM? Circle back 20 minutes later. Catch on to the ebb and flow of population density. I was amazed at how freely I was able to move around for a majority of the weekend by staying mobile, finding the gaps, and binding my time. 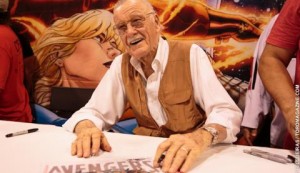 An event with so many niches realistically needs more than one day to see in depth. The first day (usually a Thursday or Friday) is a good day for orientating yourself; finding chill out spots, getting the lay of the land, chatting with other attendees to pick up on their tips or takes on the weekend’s upcoming events. Saturday, at any good convention, will simply be nuts. Sunday is the best day to make your purchases on the shop floor and Artist Alley. It has less bodies and more sales. These first and last days are usually a good time to speak with your favourite creators as they have more opportunities to interact. (NB: they will be tired by Sunday though, so be considerate of their time and energy levels.)

If I can stress any one point, it’s this: Be nice. Everyone is there to share in the same fun and fantastical elements. They are dealing with the same ups and the same downs. Your complaints are likely not unique, nor will they be helpful. There are going to be glitches in the way things are run. The company staging the event is comprised of humans, a majority of which do not have psychic abilities. They have done their best to mitigate issues before they arise, but there will be the inevitable hiccup.

Instead of yelling at some young, doe-eyed volunteer (likely the last on a long list of people who received top-down instructions to herd attendees through a hallway and up an escalator so as to get an accurate headcount for adherence to fire safety regulations), smile at them and say something pleasant. If there is an issue going on, these volunteers are catching the brunt of it. So if it’s negatively impacting your day, it likely has an exponentially awful effect on the staff, which can then trickle down to the other attendees. Chances are the staff have been chirped at by dozens of people already, and they usually have very little authority to address the root cause of people’s concerns. If you’re really angry about something, visit customer service, write a letter to the host company, or take your gripes to social media. 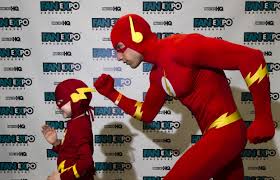 For an added note of digital and human interaction, take to social media before and after to rave about the convention as well. Get friends interested, meet peers who are already interested, talk about all the things that caught your interest too. Ask questions. Get tips. Meet up at the event. I’ve done all of these things at one time or another (and after initial thoughts regarding murderers and online swindlers) the reality has only ever enhanced my experiences around conventioning. To get the most out of these events it’s best to make it about community. You get what you put in. If you make the extra effort to smile when you’re ticked or laugh when you’re miffed, you’ll improve the likelihood of seeing that reaction in the fans, guests, vendors, and staff around you.