Eight years ago, a broken marriage lead homeless Tracey Rogers on a self-healing backpacking journey where she discovered her talent for totem art and her purpose in life that produced her store White Feather Holistic Arts.

Tracey Rogers, 41, opened White Feather Holistic Arts on December 6, 2012 and is located on 1350 Ottawa Street in Windsor, Ontario, Canada. Some products are alternative healing options that can help relieve chronic pain, assist with achieving a sense of inner peace, and more. 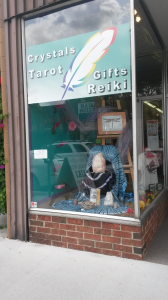 Above: Outside left window of White Feather Holistic Arts

After her broken marriage, Rogers found herself at the Oneida Family Healing Lodge in Southwold, Ontario – a place that shelters people who are “at risk in a violent family situation” according to SouthWesthealthline.ca.

“I was just doodling like drawing squares and circles and connecting them and thickening the lines. I was just doing doing a doodle when I stepped up from the table to get a coffee or something and I came back and I saw the picture upside down – it was a perfectly drawn hummingbird that I hadn’t meant to draw. I felt in that moment, I was supposed to draw,” said the totem artist.

Rogers says she did not choose her art style rather totem art just seemed to be the most natural to her and she incorporated animals to her style because she felt connected with it.

The totem artist says for a custom piece of her art she sits down with her customer and likes to have a conversation with him or her. Rogers says she does this to feel the animal energy and to figure out the important things in their conversation to put in the art. Next, she sketches a rough idea and the process to complete the art in ink can take between 15 to 18-hours which she finds as meditation. The White Feather Holistic Arts artist used to ink in black and white but she transitioned to red and finally rainbow for a 2011 dragonfly art piece. 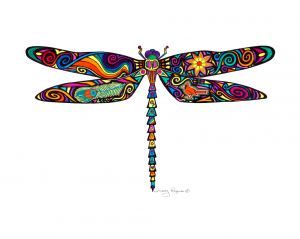 “I’m an ink artist and it’s my favourite medium. I choose ink because it has the vividness that I can’t seem to get in paint,” shared the 41-year-old business owner.

Rogers says she has had her artwork at the Harrow Art Walk, the Windsor Pride Community Education and Resource Centre where they annually have an art contest, in Pride Chatham Kent, Kingsville Migration Festival, and a few local art shows in Kingsville and Windsor. 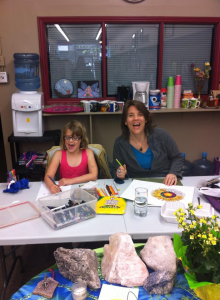 Reiki means energy healing and the ‘ki’ at the end of reiki is the Japanese version of the Chinese word ‘chi.’ Rogers says chi energy is the life force energy available to everyone and it is discussed in tai chi, yoga, and similar practices.

“It’s basically channeling that chi energy down to a person during a healing session,” said the 41-year-old reiki master.

Rogers became a reiki master in 2008 in Arizona and completed reiki levels I, II, and III. A reiki master is essentially a conduit or a channel for energy according to her. Returning to Canada, she had to do a certification to become a member of the Canadian Reiki Association which she must continue to stay up to date with. 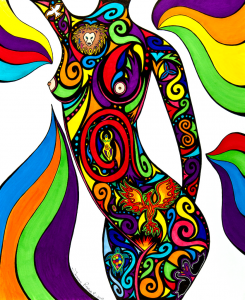 More well-known is tarot reading which uses a specially made deck of 78 cards that traditionally is used for divinations. Rogers uses tarot reading to give people guidance on good directions to go. She says a general reading of what is to come in the next six months is based on the current decision making and energy that the person brings to her at the time.

“I don’t believe in destiny and fate though. I believe people are completely in control in what’s happening in their life. Tarot reading is based more on what they’re currently doing and the decisions they’re making in their life,” said Rogers. 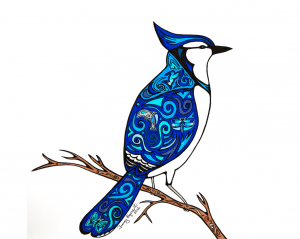 The White Feather Holistic Arts founder teaches about connecting with animals because she says they are important teachers too.

“Animals have things to teach us so when we keep seeing the same type of animal over and over again – whether it keeps popping up on our television or we keep seeing people with a wolf tattoo – whatever it is, that animal might have something to teach us,” she said. 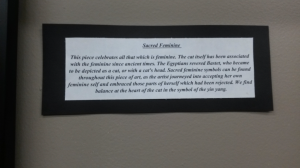 Above: An explanation card underneath a cat totem art in White Feather Holistic Arts

Rogers shares that different animals have different type of energies like a cat for example. She says cats’ main lesson is courage whereas domesticated cats mean sacredness. Wolves are teachers that want us to find the balance between how to be independent and working with others.

The White Feather Holistic Arts owner says that her customer base varies in age from young people who are into crystals who are in tune and ‘awake’ to people closer to her own age who are just starting to ‘wake’ up to get more in touch with their energy centres. Rogers does admit that she has a lot more female customers than male but that there’s a “shocking” amount of male customers that are ‘awake.’

Awakening or waking up is coming to the realization about yourself, your own healing, your own journey, and being aware that your journey does affect other people’s journeys. The 41-year-old teacher shares that she slept walked through most of her life and explains that that meant she was not aware of what was going on around her.

“I wasn’t aware of how my words have an effect and send a ripple out into the world. So when I was having a negative day and putting that into the world that was actually affecting the energy of people around me,” she informed. 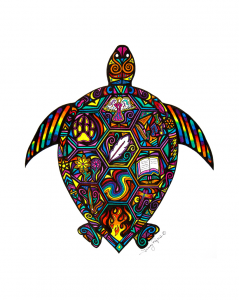 There is a negative impression on crystals, energy, etc. labelling the entire practice as a hoax and a scam. Rogers says she does not try to pitch her beliefs to people who are not interested because she believes in what she does enough for herself.

“I got into stones and everything when I was down in Arizona – when I was on my own personal journey for healing. It was after I left my marriage and everything and I did a backpacking trip that had me end up in Arizona. People started giving me rocks and I carried them because I liked them,” Rogers said and explained that she had always had an attraction to rocks as a kid.

“I started carrying [the stones] around with me,” the 41-year-old reiki master said, “I got an opportunity to take a workshop on crystals and in this workshop I found out that crystals have a lot of different healing properties. So, I found out what kind of crystals I had been carrying around, looked them up, and it was all the stuff I had been working on healing in my life at that time.”

Rogers says her journey and crystal discovery is why she firmly believes in everything she does at her store because it is an expression of her soul.

The 41-year-old business owner dreams of her artwork going viral beyond her greeting cards and postcards. She would love to see her artwork randomly on a street on someone’s t-shirt or be halfway across the world where someone would recognize her and her artwork. 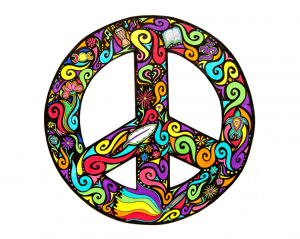 Fast forward eight years, Rogers says she is truly grateful to get to do what she loves especially since it is everything that has healed her and allowed her to progress in her life.

“Eight years ago, I was homeless on the streets of Toronto – that’s what happened when my marriage broke up – I literally ended up homeless and there were addiction issues that lead to mental health issues and I lost absolutely everything that there was to lose. My marriage, my home, my job, my friends, my family at the time, and not only do I have everything back but I have more and I have satisfaction in life,” Rogers shared.

You can find White Feather Holistic Arts’ other links below: